I recently attended a baby shower for an old friend whose young wife is pregnant with their first child. Seated at a table with her college pals, all just starting their journeys into marriage and families, the young woman sitting beside me was astonished to hear I had four children. “I can’t imagine being a mother right now,” she joked to her friends, before turning to me. “What’s it even like?” she asked. “What’s it like to be a mother?”

“It’s great,” I said. “It’s hard but it’s so rewarding.” She smiled, content with my answer, before turning her attention to the mini-muffins on the table. But I didn’t answer her at all, really. I didn’t even scratch the surface. And when she looked away, I thought about the true answer, the one I would give if there were enough time and enough words to say what it’s really like to be a mother. So here goes.

To be a mother is to always feel like you’re never giving enough and like you couldn’t possibly give anything more. It’s to spend all of your time and energy on another person, to endlessly nurture and feed and take to classes, just to feel guilty about the things you’re not doing.

To be a mother is to agonize over options. It’s to spend hours choosing a back-to-school backpack, which pea and carrot combo is best, which early music class is most enriching. It’s to feel bad if his apple isn’t organic or her shampoo isn’t all natural. It’s going to three different supermarkets to get the chicken nuggets shaped like dinosaurs because making them happy is everything.

To be a mother is to know of the abject poverty in the world but still feeling guilty that the sneaker color your child wants doesn’t come in his size. It’s realizing how much your kids have but still wanting to give them more. It’s feeling so bad about the things you can’t give them, even when they don’t need them at all.

To be a mother is to feel another mother’s pain. Before having kids, I’d be sad to hear of a mom with a very sick child. But now it’s unthinkable. I can feel that mother’s grief in my own body. I cry for them, and I carry it with me. I let my mind momentarily wander to the darkest place, and I imagine it were my child instead of hers and I feel crushed.

To be a mother is to have a new respect for the parents of children with special needs. It’s to live with a desperate fear of childhood cancer, rare diseases and acute food allergies, buried somewhere inside you but always there.

To be a mother is to experience the surreal feeling of looking into a child’s eyes and seeing your own. Of experiencing childhood again through her. Of rediscovering your love of fairy tales and Superman and remembering the way it tasted to chew Hello Kitty gum. 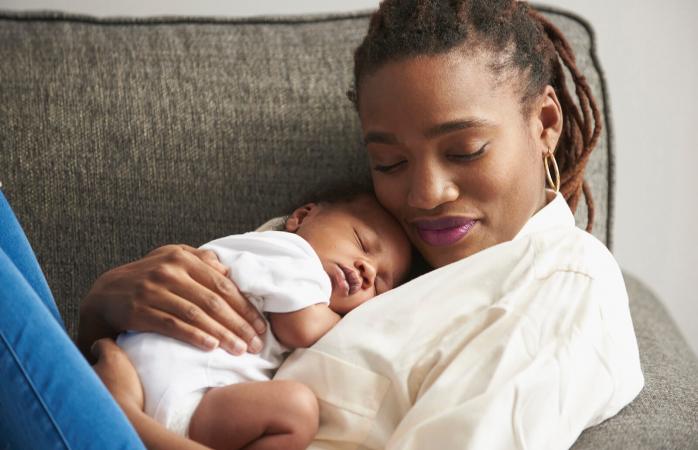 To be a mother is to rise and fall with your child’s victories and defeats. It’s to jump and scream with every strike they throw, every dismount landed and goal scored.

To be a mother is to understand what your parents meant. It really does hurt you more than it hurts them. You really can be furious at them yet answer, “Of course, I still love you,” when they ask. He really will always be your baby, even when he’s a big boy.

To be a mother is to want to save the world, to feel helpless at images of children drinking dirty water and living in refugee camps but to forget under the weight of your everyday life.

To be a mother is to want so badly to have some time alone, just to miss your kids when they’re not there. It’s to have a “girls’ night out” and talk all about your children. To discuss potty training in a bar wearing heels and fancy black clothes, to show pictures of your kids to strangers even though you hated those people before.

To be a mother is to question your skepticism about the afterlife, because the thought of spending eternity without your child is excruciating.

To be a mother is to get frustrated over small things, to scream too loud and say mean words and feel terrible about it later. To realize you actually can function on a few hours of sleep, Pirate’s Booty for lunch and a three-minute shower. To be a mother is to struggle to do it right even when there’s no right way to do it.

And to be a mother is to finally understand that love that people talk about, that soul-crushing, all-encompassing love for your child that nothing could prepare you for and nothing compares to.

But the truth is, I couldn’t tell her what it’s like to be a mother, because the answer is different for everyone. The experience of motherhood is unique for each woman. So if she asked me again, I would still simply say, “It’s great.” And I would hope that one day she’s lucky enough to find out the true answer for herself.